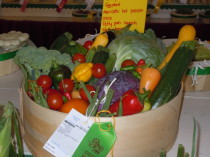 The Pahl Family has been farming for over 100 years.  Peter Gompf, who came from Germany passed the “Home Place” located in Pikesville to his Granddaughter Lillie Gompf who married Clarence Pahl.  She ended up with this property because it was the parcel her father got by drawing straws with his brothers.  Wow. Talk about luck of the draw.
Lillie Gompf married Clarence Pahl around 1915 and they lived on one of the Gompf properties in Pikesville.  Lillie and Clarence Pahl grew crops, raised chickens, eggs and pigs.  They sold their products from the farm and they attended Lexington Market on Saturdays.  When Leslie Pahl (Sr) was born, the last of the Pahl children, He lived and worked on the farm.  When he married Mary Jane Cunningham, they both worked on the farm.
In 1956, a year after Leslie Pahl Jr was born, they opened a produce market on the farm.  In the beginning they sold their produce off  of tables made of sawhorses and boards.  A wood structure was built in 1959.  This building burned in 1972 after being torched by neighborhood kids.  The block building that was built in 1972 still stands.  It is open during the summer.  In 1988, Greenhouses were built behind the market to “modernize” the plant growing operation.  The old converted chicken houses were retired. in 2018, we sold the Pikesville property.
In 1975, Les Pahl Sr, Mary Jane and Les Jr purchased a 135 acre farm in Granite, only 8 miles from the “home place” in Pikesville.  It was property that had not been farmed for many years.  Over the next few years, the ground was cleared.  Ponds were built.  Many conservation strips and waterways were built and installed.
Les Jr and Pam had been working together and dating for quite a few years.  They married in 1978 and lived on the Granite farm.
In 1977, a call came from then Mayor Schaefer’s office inviting us to participate in a new adventure.  A farmers market was going to open in Baltimore City at the Old Fish Market parking lot.  It was a success!  The farmers market boom began.  Since then we have attended many farmers markets.  Some came and went by the wayside.  We use to attend Towson Market which started in 1979 and Howard Park Market which started in 1985.  We now attend 32 nd Street Farmers Market.  We started in there in 2008.  It is ironic because we were invited to join it when it started many years ago.  We said we could not handle a Saturday market because we were too busy with our wholesale sweet corn sales, produce stand and Sunday Market preparation.
Les and I (Pam) had a daughter, Donna, in 1986.  Another  daughter, Jennifer, in 1990.  And twin sons, Dan and Greg in 1994.  A house full.  We attended farmers markets.  Mary Jane ran the stand.  We all worked on the farm growing beautiful fruit, vegetables, and flowers.
In 2003, Les Jr succumbed to bile duct cancer after a year and a half battle.  Thanks to an incredible amount of help from family and friends, we are still farming.
In 2006, in response to demands from neighbors for fresh produce in Granite, we started a CSA with pick up at our farm in Granite.
We also attend 5 farmers markets.  Our greenhouses are open in the spring at our farm in Granite, Baltimore County. See current hours under the 'Our Locations' tab.
In 2010, Jennifer started raising hogs.  Ironically, we have come a full circle, she is following in her grandfathers footsteps.  She also raises chickens for egg production and Cornish crosses for chicken meat as did her great-grandparents.

In 2021, Donna and her husband Phil had a son, Beau. He is the 7th generation of our farm! 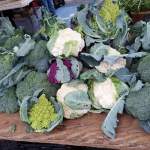 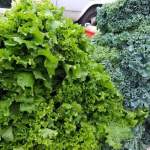 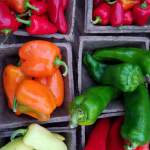